Ah, what a great day to start a romantic life in the middle of service for the public. If you know there’s a chance that you’ll have to sacrifice yourself to do the job, will you even have the time to fall in love? Well, Yoo Si Jin and Kang Mo Yeon did so, and it was hard as heck for them in the drama, Descendants of the Sun.

The drama hit it big back in 2016, and if you have been following Korean news, the two actually got married in real life although it was reported that the marriage fell short. Though going back on the series, this is how big the drama was even for the actors and actresses. It was popular indeed and many Korean stars rose to fame because of how well-received the drama was.

In the middle of Descendants of the Sun’s popularity, plush dolls related to the series also had their own share of screen time. Now, it’s thanks to the renowned brand, Bonicrew, for actually making Hayang and Neukkun for the drama. They also even got their own camo outfits to match the theme of the drama.

The pirates, once again, were obviously eyeing on the series as well although doubtfully, they’re not into the drama at all. The popularity of the drama should give them ill motives into copying Hayang and Neukkun, and sadly, a lot of these bootlegs have already been distributed worldwide.

A hefty amount of bootlegs can be found on AliExpress, there’s no doubt about that. If you aren’t serious about getting high-quality items, you may still want to consider doing your shopping on the website, but you’ve already been warned.

Needless to say, many products are made in China. The country is housed by many known manufacturers, besides toy companies, since mass production is much cheaper and more efficient. As a result, these manufacturers are more prone to piracy, and it’s vendors like xiaoc ZN’s store who take advantage of such illegal acts.

Bonicrew did a lot of work on the Neukkun plush. Imagine the effort they made on marketing the product so it would also be a hit just like the drama it was in. You better stay away from bootlegs since it would only just disappoint you like this fake Neukkun plush.

Initially, we received the Neukkun plush and it was only in thin plastic. There wasn’t any trace of something that would protect the plush while it was being shipped. From there, it was already disappointing since a highly named Korean plushies such as this should at least be in a box. 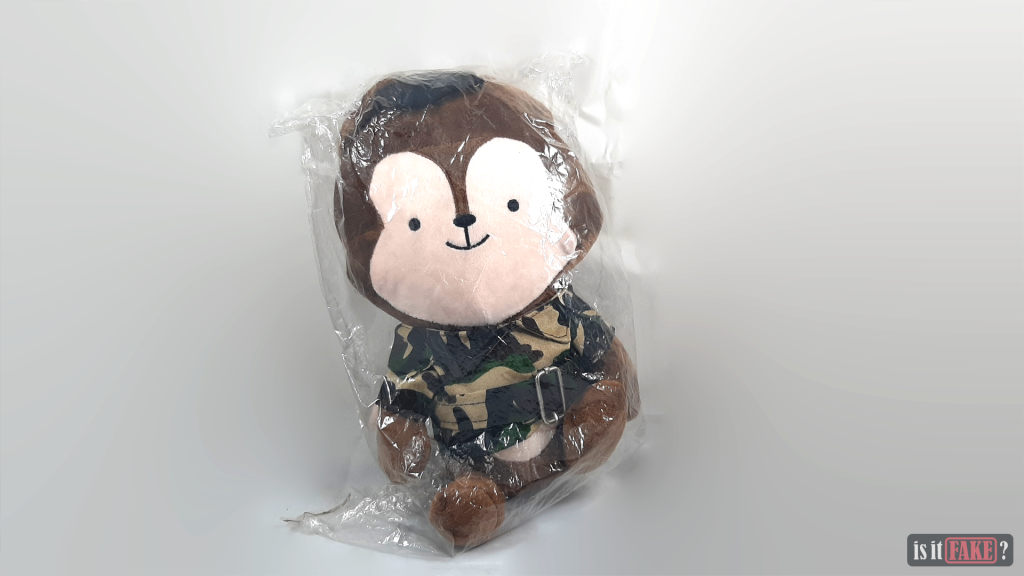 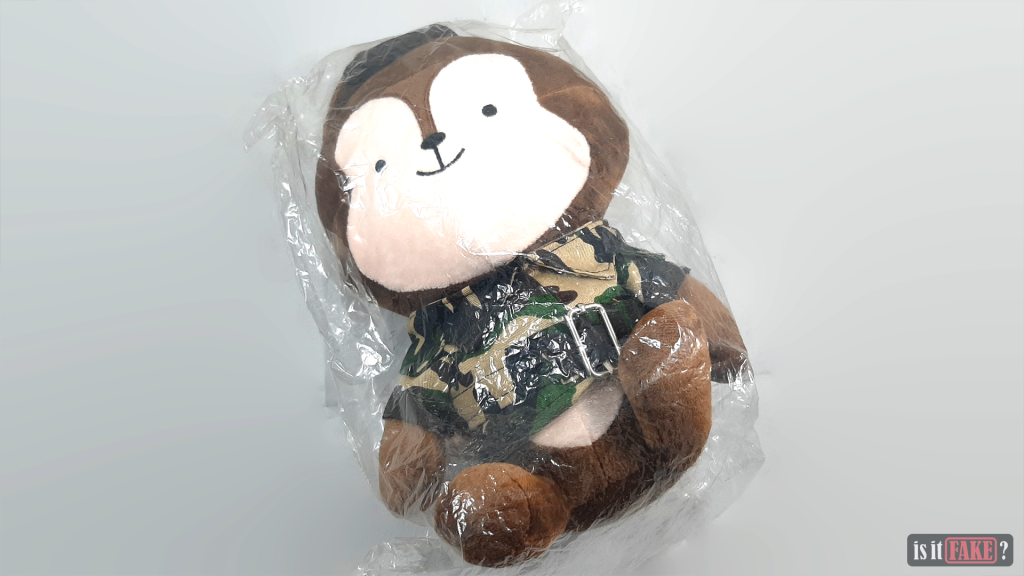 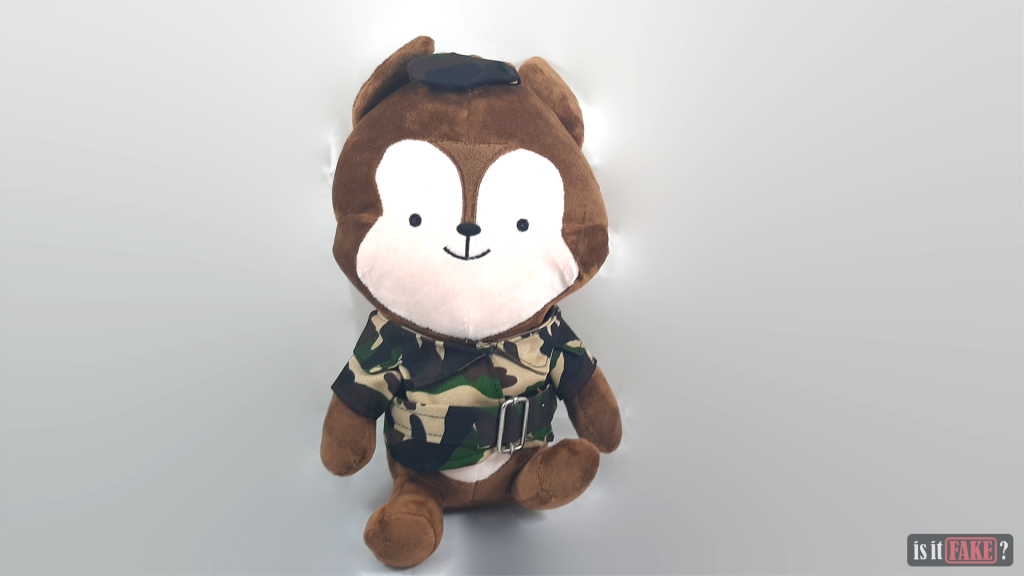 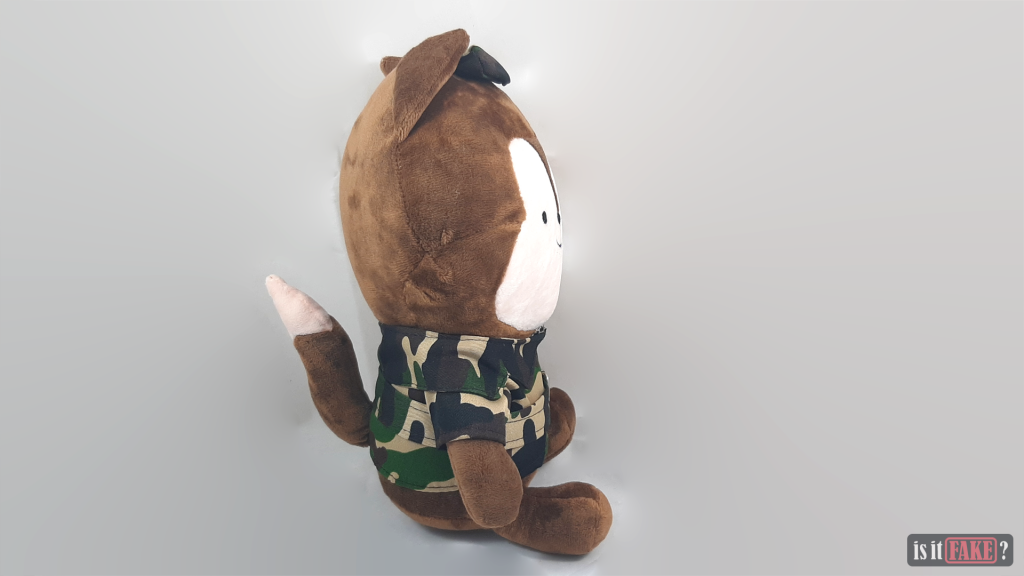 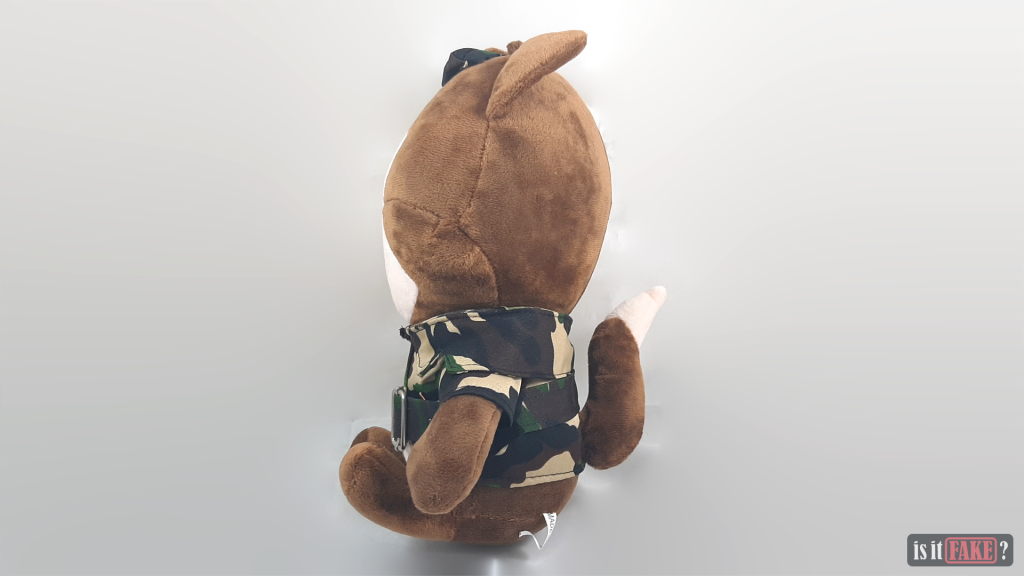 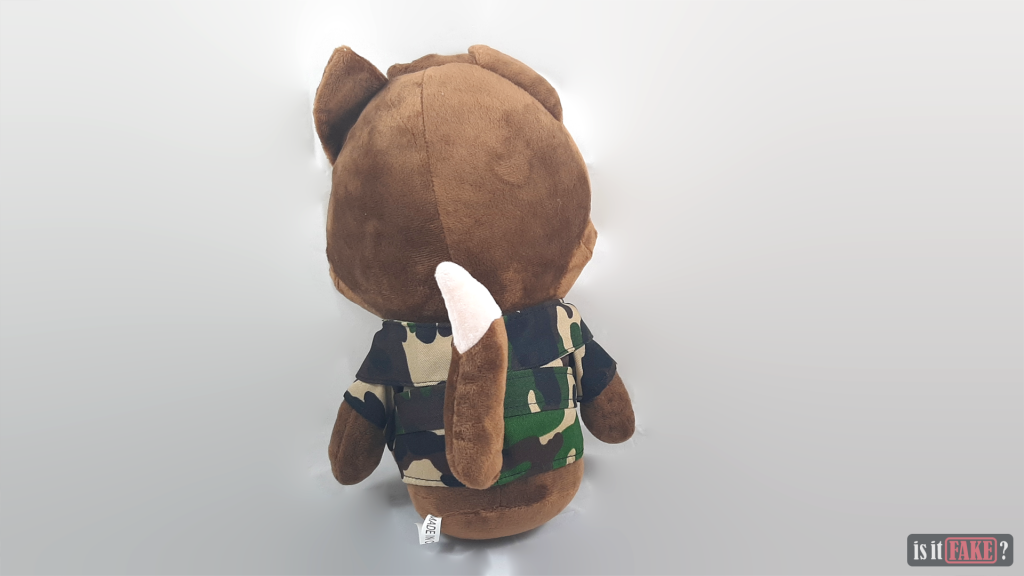 The fake Neukkun plush - back

You better not be easily fooled by adorable plushes online. More often than not, bootleggers use official pictures to sell fakes online. They’d even use photos from the series the plush was in so it would look convincing. However, you can still spot some flaws even when viewing the product online.

As for the fake Neukkun plush, you can see that the plush is already in military uniform. Behind that smile though is a sly fox, no matter what.

Even from a distance, you could already notice that its head is slightly bent to the right while its right foot is abnormally raised. The overview photos of the plush already says a lot about its quality. We don’t even need to label it as a bootleg to tell that it’s a bad product. 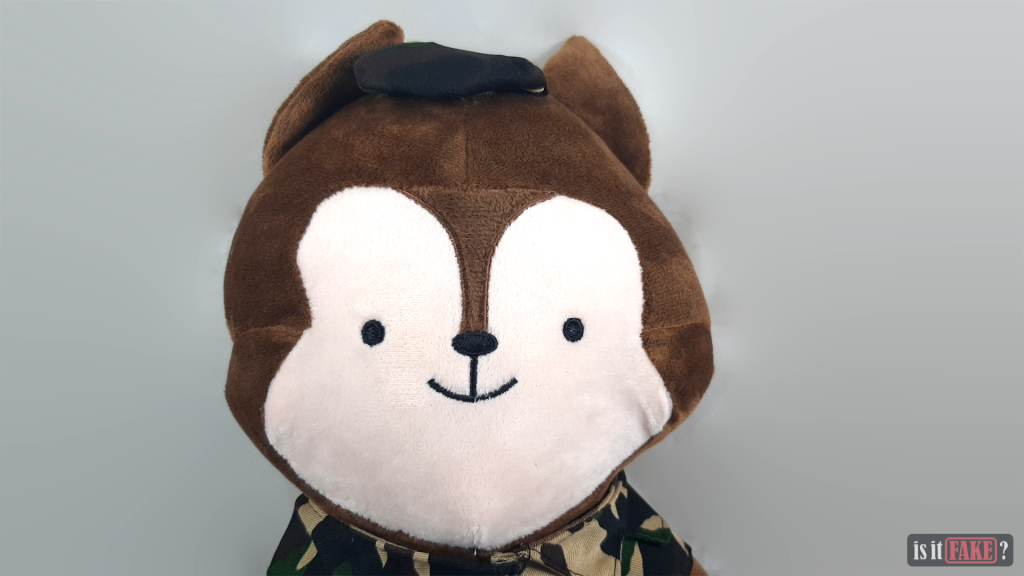 Focusing on the face of the fake plush 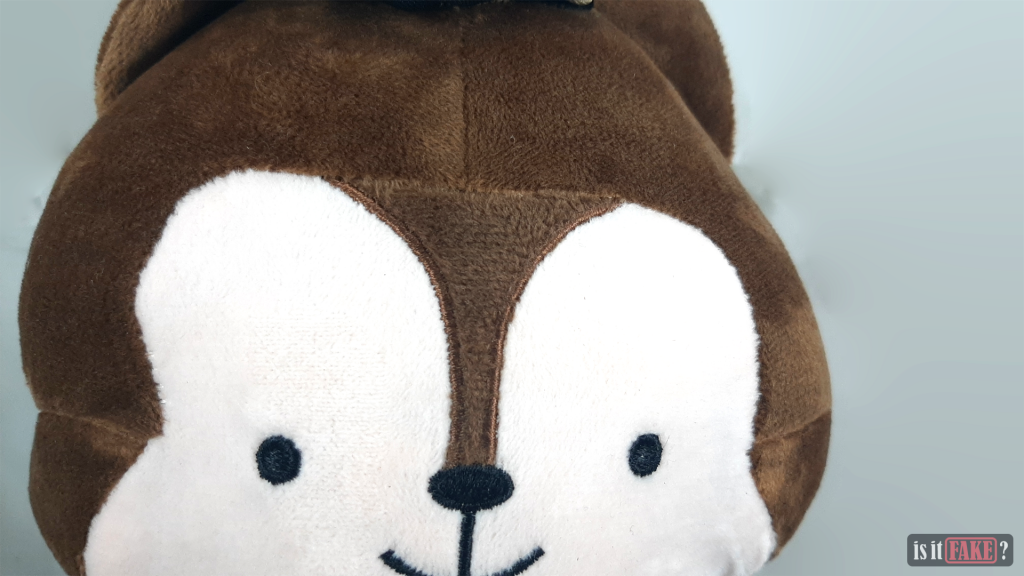 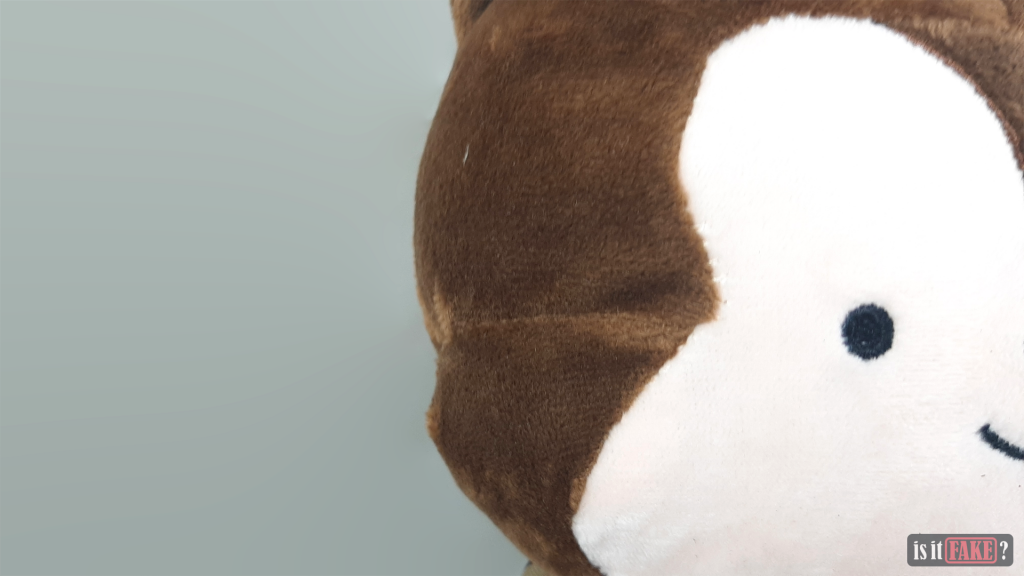 Stitch line on the left side of the plush's face 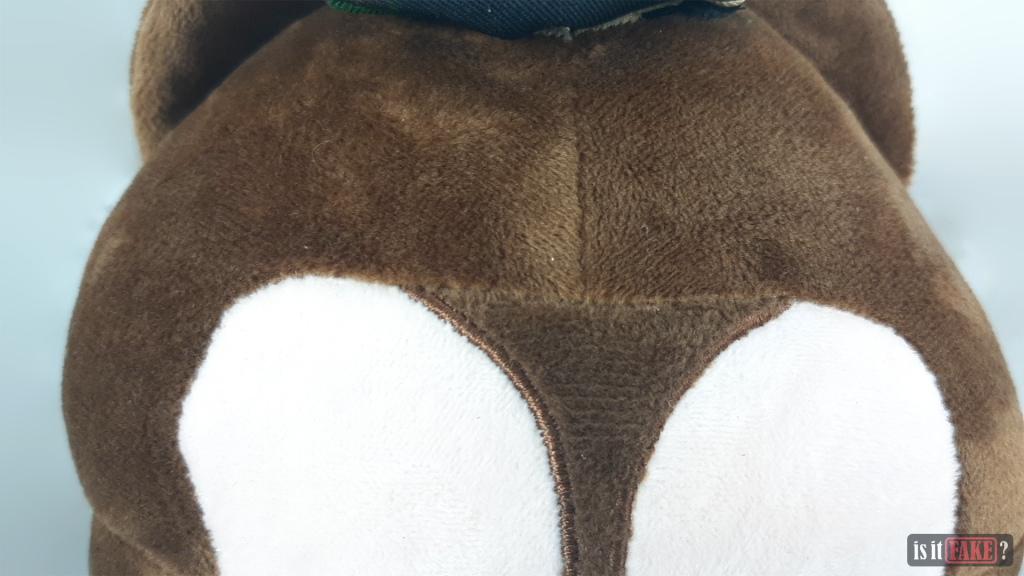 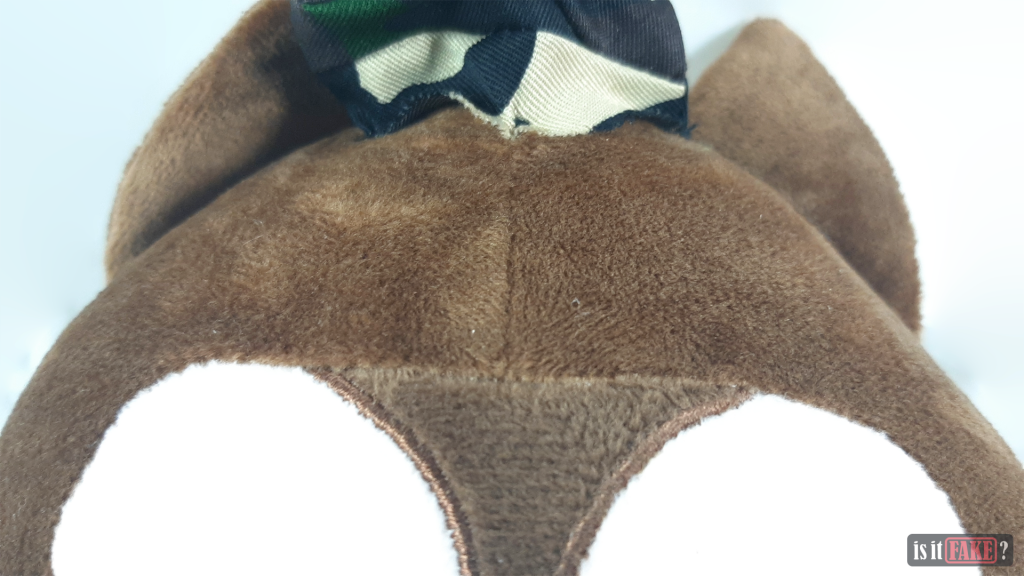 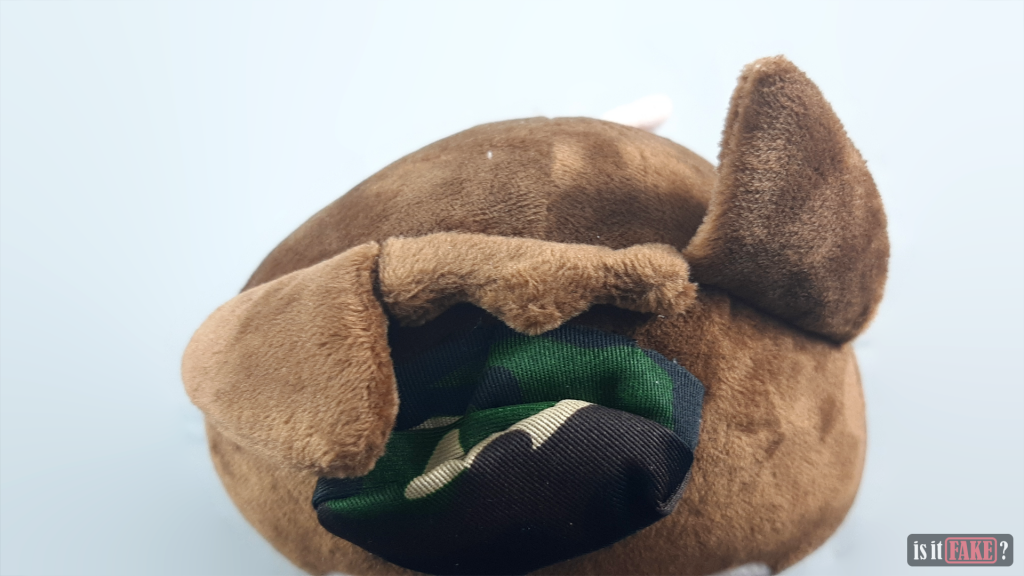 The face, at a closer view, looks a bit bulky on the right side. The sense of balance on this plush isn’t looking good because of that, and if you look at the ears, the parts are just frozen in place. There are a couple of suspicious gaps especially on the forehead. You’ll notice that the stitching is a bit inconsistent.

The cap’s also as sketchy as the ones mentioned above. Not only that it’s squished from the absence of a proper packaging, but it’s also missing a few stitches. Close up on the neck area of the plush Loose threads on the camo uniform 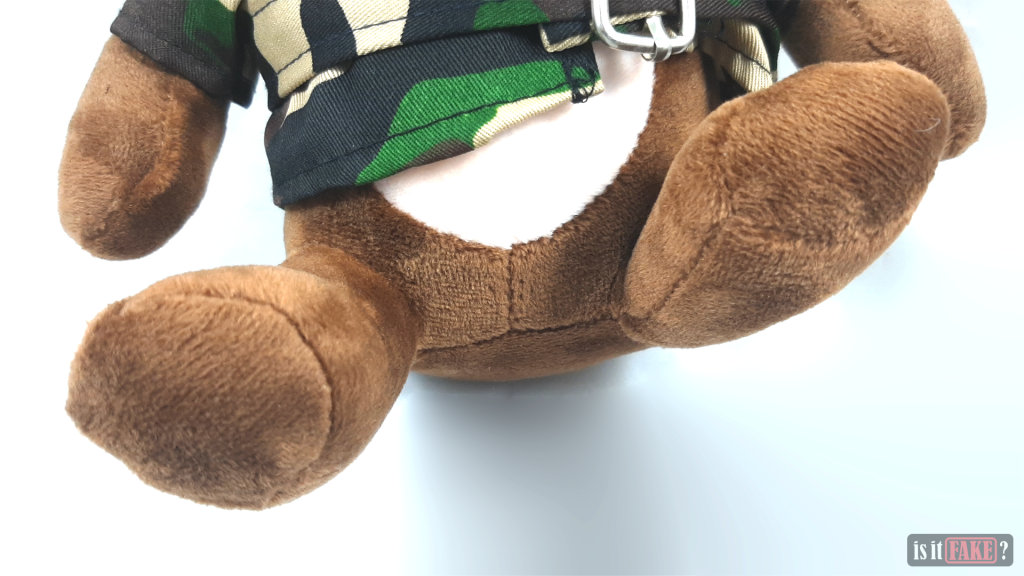 The body area of the plush is already covered with its camo uniform. Although we didn’t remove the uniform since it was awkwardly stitched on the plush, but you can also tell from the uniform itself that the area is also flawed.

For a first, there are a couple of loose strings on the neck area. Another one is also found inside the clothing. The material used on the uniform is also a sign that the bootleggers are cutting off some budget so that they profit from the fake. Stitching at the back of the fake plush's head The back of the fake plush's head Tag of the fake plush

At the back, you’ll notice that the stitch line is found at the left half which suggests that the plush isn’t properly stuffed. It also tells you that the whole product is stitched terribly.

While the tail looks fine, you must first realize that the images of the real plush below suggests that the fake’s tail is unbecoming of a fox. Rather, you wouldn’t question it at first, but the evidence is just obvious. It’s most possibly because of the difference of how the two plushes were made. As for the fake though, it has a flimsy tail.

Finally, the tag on the bootleg says it all. It doesn’t have any traces of the manufacturer nor any copyright claim. It only says ‘Made in China’, and while there is nothing wrong with that, the absence of the former elements says so. 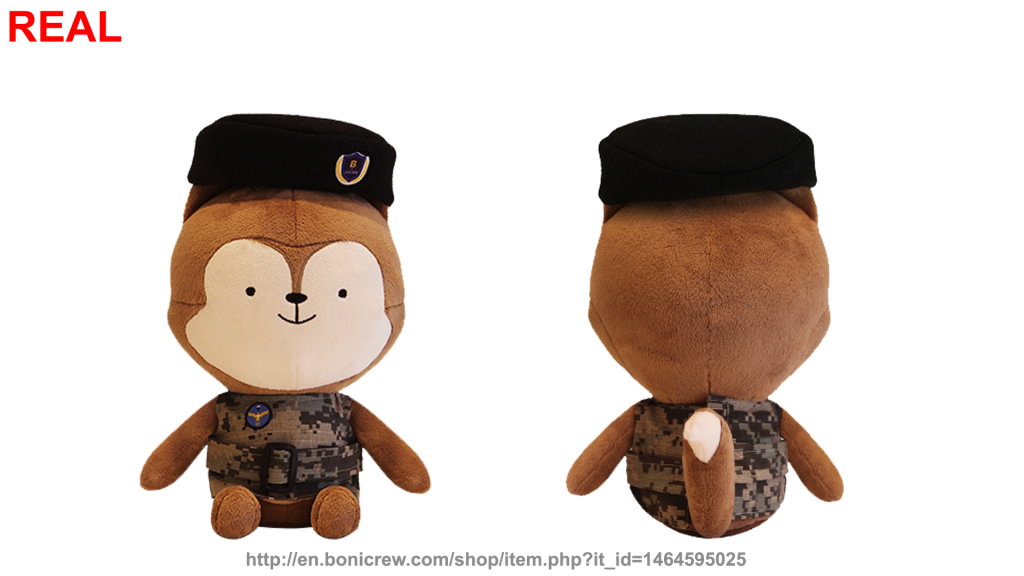 The real Neukkun plush - front and back 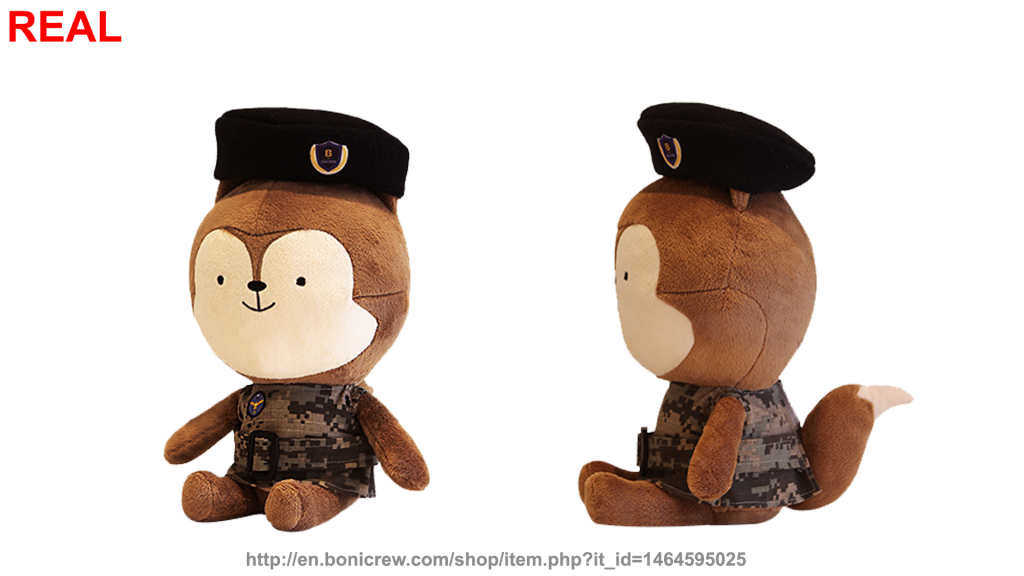 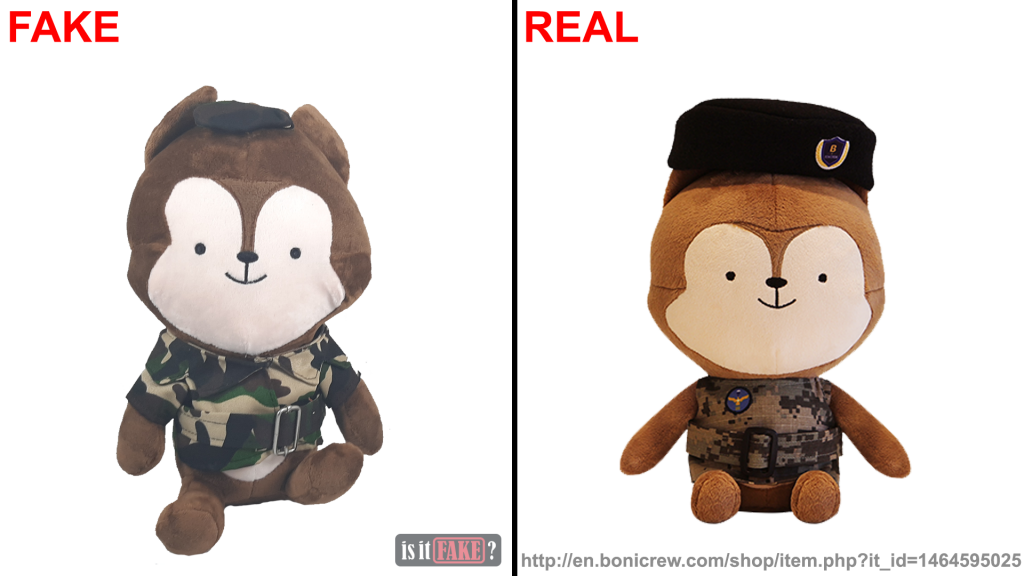 As you can see, the real Neukkun plush has a ton of difference from the fake. It’s well-postured based from the pictures, and not only that, you could totally notice the contrast with both of their uniforms. As for the real plush, it’s heck ton of a badass if you’d ask us and it looks classy at the same time.

On top of everything, the real plush looks well-stuffed as you can see perfect balance within its shape. While we won’t be able to tell about the real plush’s texture, overall, we can already expect that it is a satisfying product. Of course, quality-made products comes with a price, but what you should consider is the price gap between the real and the fake.

For a low-quality bootleg, $7.51 USD is totally absurd. The comparison made above already tells you which plush you should get. With total disappointment, a plush that’s full of misalignment and deformity isn’t even worth $3 USD. Yeah, sure, it’s stuffy and fluffy, but it isn’t worth keeping nor collecting at all.

The reason why you want the real Neukkun plush is that it’s a collectible. Keep in mind, the show ended back in 2016. The chances of finding the plush today could be slim, so for a price of $24 USD is already a steal for an authentic collectible — not only that, it’s also worth keeping.

If you’re wondering where you can get the real Bonicrew Neukkun plush, then you already have your answer. Luckily, Bonicrew still has the Neukkun plush on their website.

The adorable toy plush can be bought on the website for only $24 USD, and take note, this is for medium-sized plush. As for the small version, the size is already out of the listings, and instead, you can opt for the biggest if you’re a die-hard fan of the brand or drama, rather.

If you’re wondering why the Neukkun plush is bare naked on the website, that’s because the toy’s apparel is sold separately. It may cost you roughly $9 USD, but it’s totally worth it.

Kmall24 also has the Neukkun plush in their stocks. This time, it’s the small version of the plush if you’re eyeing for a smaller one although the plush is sold in sets. This means that you’re going to get Neukkun’s partner, Hayang, as well.

The plush set is sold for $22.14 USD on Kmall24 and prices may vary per region. What’s good about the website is that they can ship your order worldwide and it’s also operation by the Korean International Trade Association, so you can be assured that the products are checked for authenticity.

The sly fox has indeed many flaws. While its shape is oddly deformed, you can tell from its loose threads and careless stitching that it’s definitely an undeserving item. There are just so much more you can get from the real Neukkun plush.

This absolutely not a child’s play thing and you wouldn’t want to have the plush in your bedroom either. It’s a complete disgrace for the true fans of Descendants of the Sun — that’s why we’re giving it an 85% terrible rating.