Special thanks to JuuzousAnimegirl from MyFigureCollection.net for making this article possible!

Starring in Demon Slayer: Kimetsu no Yaiba, Zenitsu holds the title of the most cowardly demon slayer among the Demon Slayer Corps. He always runs in fear and thinks that he doesn’t have much time to live because of the dangerous life a demon slayer leads.

He wears an orange and yellow shaded haori and beneath that, a standard demon slayer uniform. He’s known wearing orange in the gang, but if you’ve watched the anime, his hair was originally black until he was struck by lightning.

Agatsuma Zenitsu gets his will to fight from people’s expectations. The world turns once he gets serious although his unconscious style of combat leads him to forget a prior battle he’s into. When he gets into fighting mode, he close his eyes as if he feels the surroundings and attack the enemy with Thunder Breathing techniques.

Finally, we’ll have the chance to see how Bandai depicts Zenitsu’s Thunder Breathing combat style into their Figuarts ZERO collection.

Packaging is everything for a well-known brand. For the Figuarts ZERO collection, the figure is displayed through plastic windows on the box. It’s clearly seen on Zenitsu’s packaging. 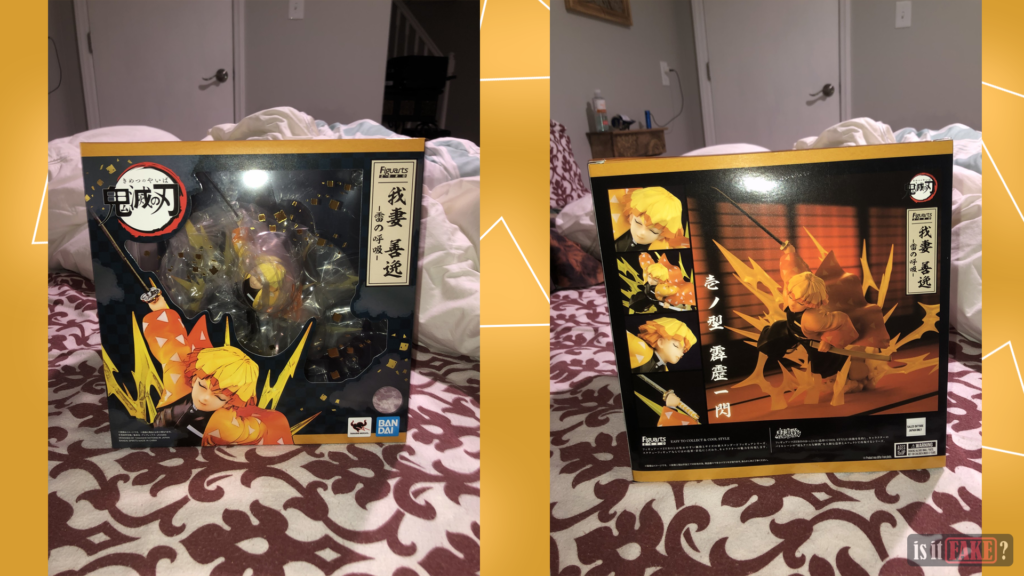 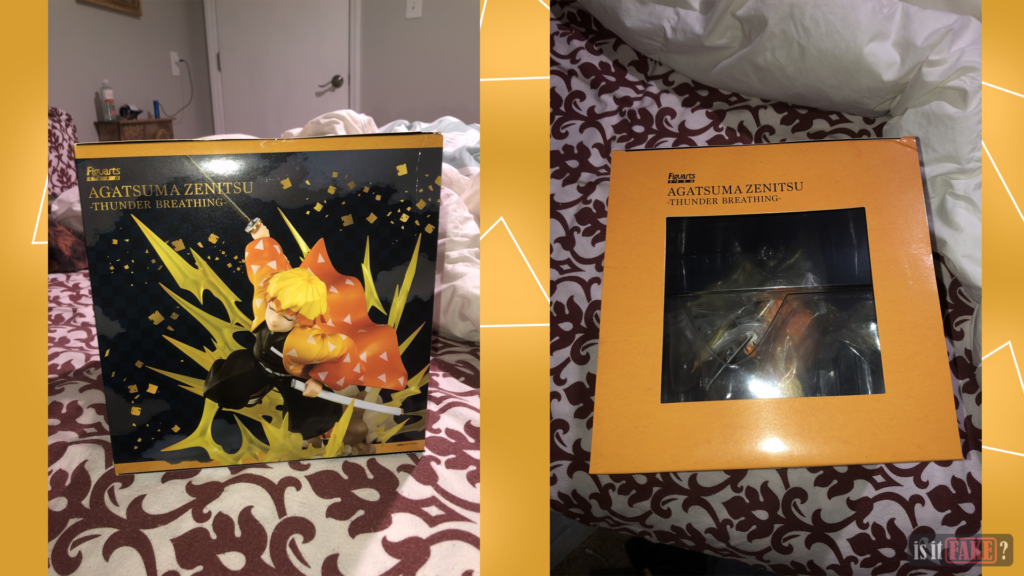 As you can see, the series’ logo can be found in the front of the box. The collection on the right and the brand on the lower right. From the box itself, you can tell that presentation matters, and proper enough, the we can see that on the Zenitsu figure.

It looks like a sturdy packaging, enough to keep the figure’s mint quality. You can see that the figure is well-presented inside the box, wrapped in plastic and inside a protective case. That’s enough packaging description, let’s get into the figure itself! 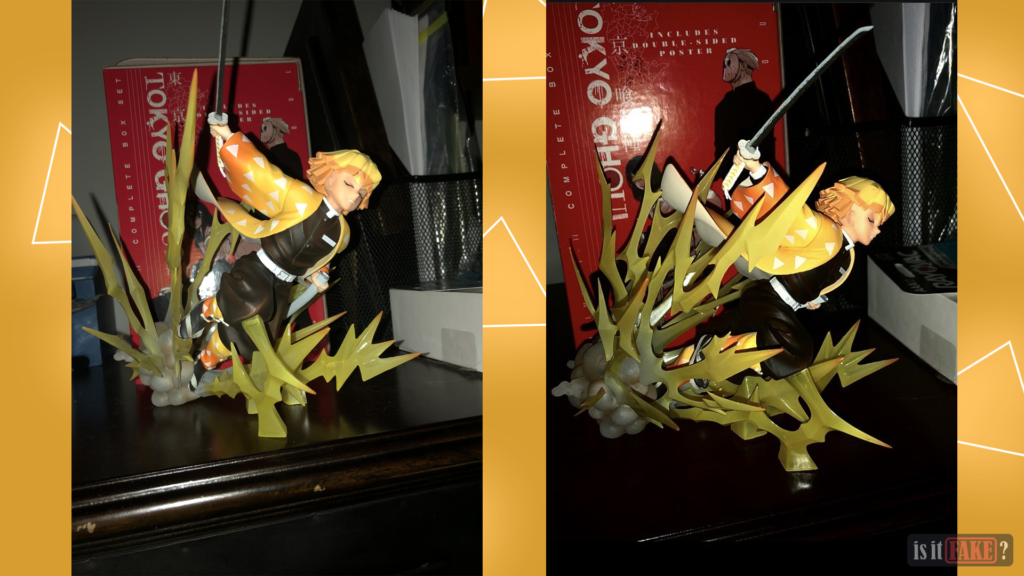 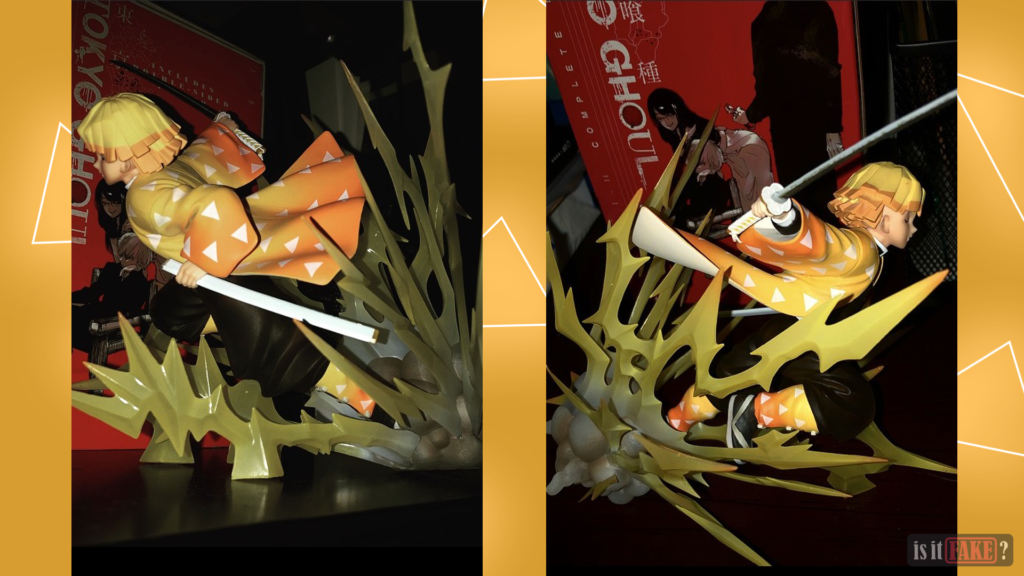 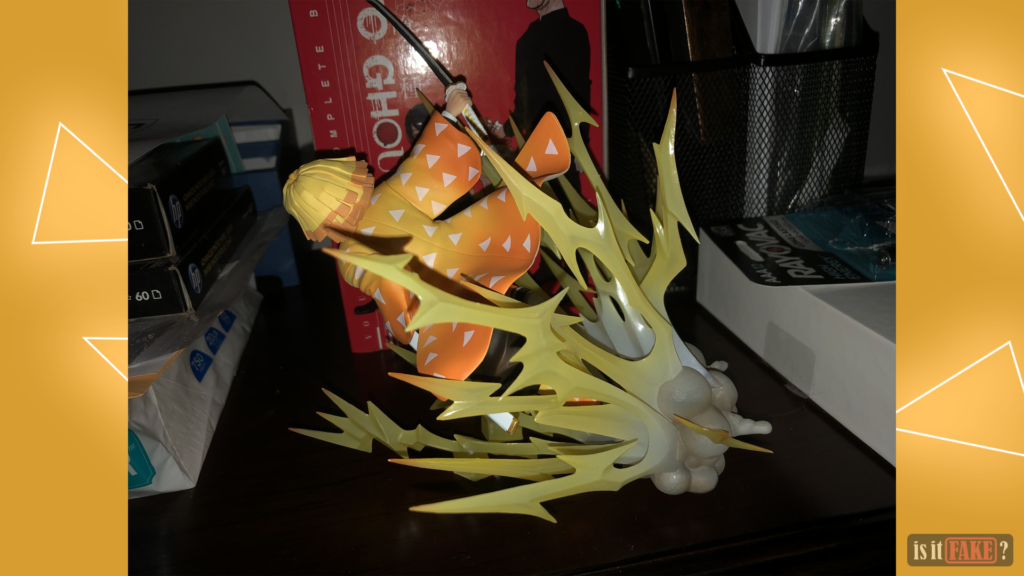 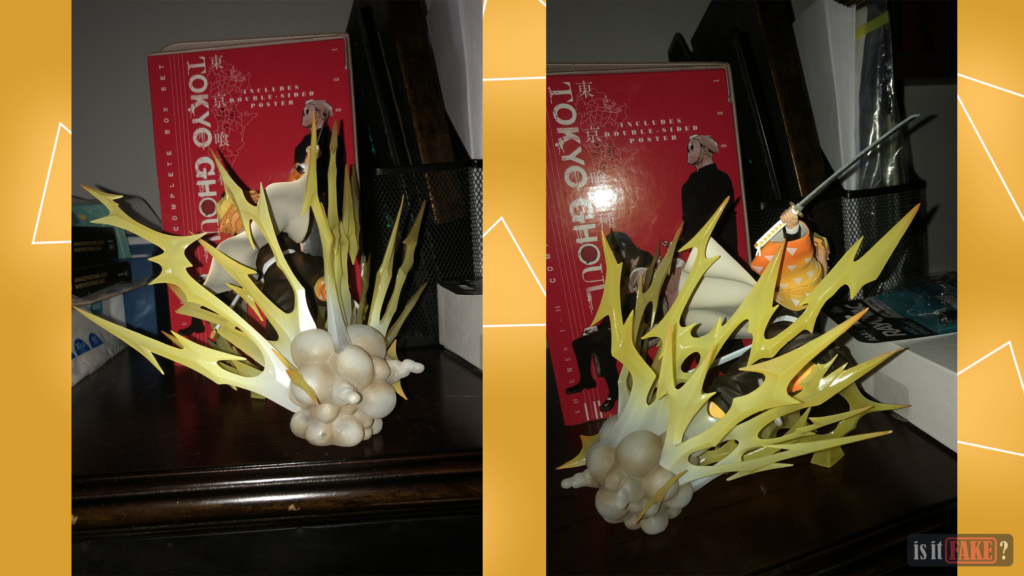 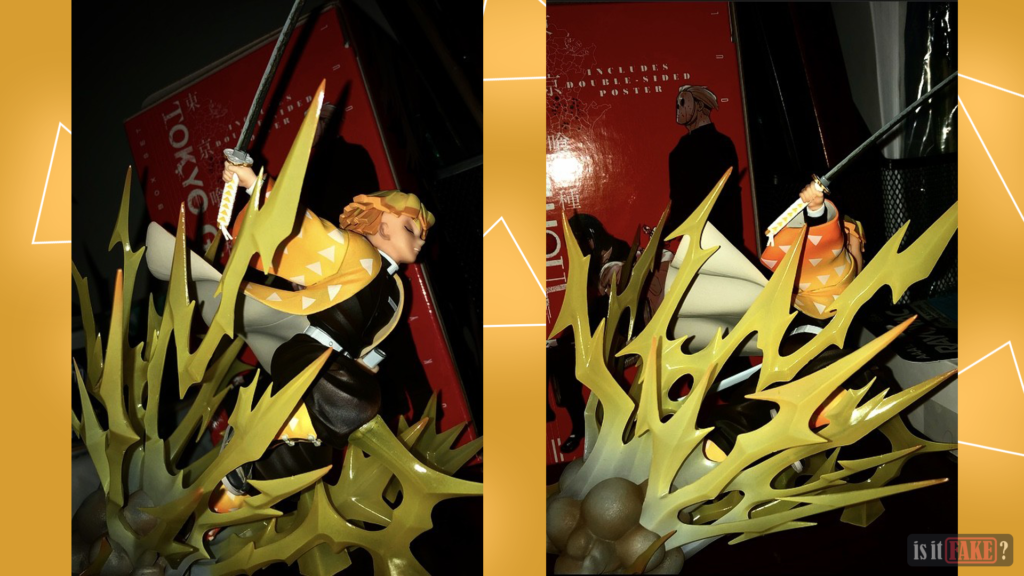 The Figuarts ZERO: Agatsuma Zenitsu figure poses gracefully. It catches the character’s drowsy expression whenever he goes into unconscious combat mode. With the overview photos, the figure’s base fits perfectly for his stance – charged with his Thunder Breathing Technique.

You can say that the design is faithful to the character. This is how Zenitsu actually looks like in the anime whenever he gets serious in battle.

The texture on this figure feels crisp. The sculpt feels fresh, and you can see the creases on his haori outfit. From the back, you can tell that the design has a keen attention to detail. You’ll notice that from the hair of the figure and the patterns on the outfit as well. 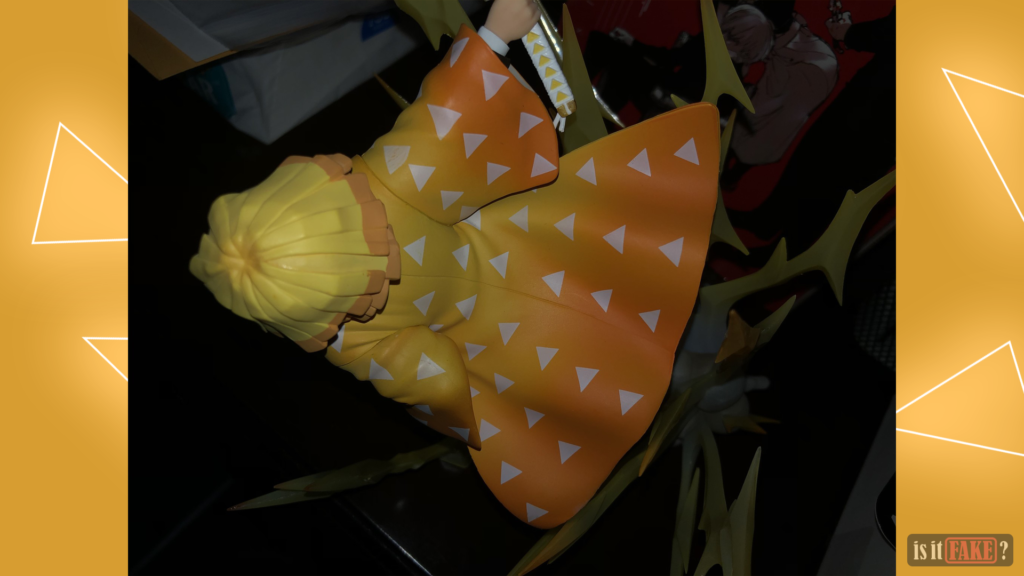 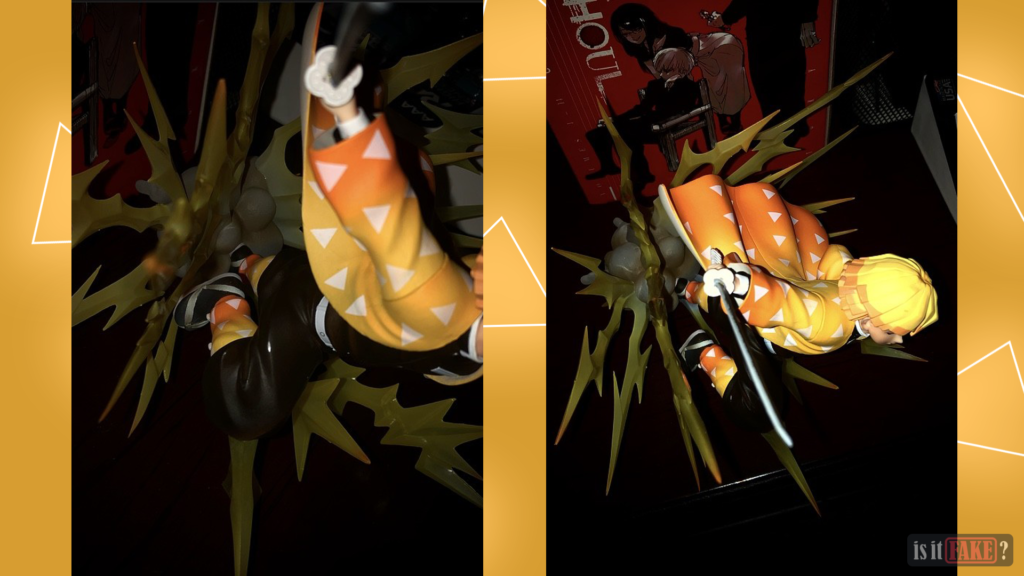 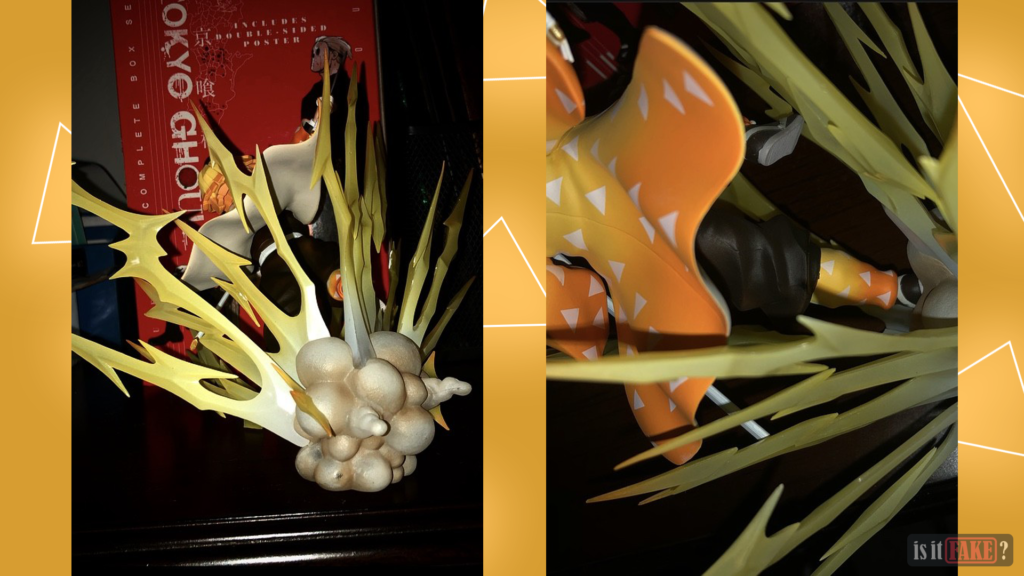 The figure design really feels animated, thanks to its base. You feel Zenitsu charging straight towards a demon to make it meet its demise. At current times, there isn’t any Thunder Breathing version that could top off this affordable piece.

The Figuarts ZERO: Agatsuma Zenitsu – Thunder Breathing Ver. has just been released this year of 2020. Three months from its release date, we already see a slight raise to its price.

Needless to say, this Zenitsu piece is fantastic. It passes to be a 1:7 scale figure, and it’s a bang for the buck. To be honest, the design could be a lot better, but it would require better effects and materials overall. Fans can only hope for Zenitsu on Demon Slayer: Kimetsu no Yaiba to make more stunning moves for Bandai to capitalize on.

If you’re looking for a high-quality Zenitsu figure this probably could be your number one choice. The figure has a flashy base, a flashy pose, and a flashy appearance, no doubt. It definitely deserves an A grade!